I write this article for a number of reasons.
1 – I’m tired of listening to some black women, talk about how hard their  hair is.
2 – I think the natural hair is not a punishment from the gods, if you don’t make it  become a problem.
3 – For me what I have in my head is more important than what’s above it.
4 – The majority of women who do not have the disease of laziness , don’t  think their hair is a problem, but a part of them that they have to care .
5 – The routine that some white women do, to keep their  hair beautiful is not very different from the routine that a black woman  does (I’ll clarify this last reason. Because I don’t want  to cause confusion)
6 – Generally the problem of self-esteem is more profound than that a woman has curly hair.
7 – If your self-esteem depends that a man accept you with your curly hair. It is better that you go to a psychologist, because you need help.
8 – Those who love you, will love you over your appearance. And if someone stops talking to you because you left  your  hair  natural. That person has a personality problem, scale of values. And especially  he  or she  had never appreciate you.

I sincerely believe that there are worse things than having curly hair. We’re talking about a hair that you can do almost anything you want with it. Braids, coloring, get extensions, wear afro, smoothing with an iron or chemicals.
It is true that,  is does not move with the wind, and is not smooth as silk. But that does make it less significant.
I do not think that curly hair is guilty of all the misfortunes that happen to black women. I do not think you have to blame  your  hair for the lack  of self-esteem, we suffered some black women.  I don’t think we have to blame our curly hair, that some of us  choose a shallow man who only wants a black woman if  she have straight hair.

I do not think that having curly hair keep you from getting the job you want. Because if the position is so important for you, you can straighten your hair , to adapt to the company standard. «the world is not perfect we all have to make concessions, if we  truly want some – thing»
I do not think curly hair keep you from finding happiness with a man. But stop being who you want to be, should not be a condition of that man to shares his life with you.

Maybe your choice of natural hair is not understood by many. But neither understood to Galileo when he explained that the earth revolved

around the sun. But now nobody remembers the name of those who doubted him.


Then, curly hair can not be the excuse for not loving yourself, for not taking action. To criticize other black women, with»get your hair done» Yes, because the same black women who complain about their hair, do the  same with others  women hair.
What a good excuse to throw all the frustration, you have inside and making your  curly hair  guilty.
Anger, envy, procrastination, greed, hatred, not self-esteem, meanness. There are  not fruit of your hair but  of your person. Don’t hide behind your curly hair to vomit inside your misery, and avoid seeing  the reality. Only you are to blame for not taking action.
To spend the day watching television and junk programs. By not exercising, to feed your body with junk food.
So next time you complain about your hair or another black woman, or child. Remember, nobody is going to excuse your attitude, for   having curly hair. Because having curly hair is not like being paralyzed and unable to walk.

I’m sure that even someone as selfish as you can see that not being able to walk if it’s really a problem.

Una respuesta a “8Things I get tired of black women, when they complain about their hair.” 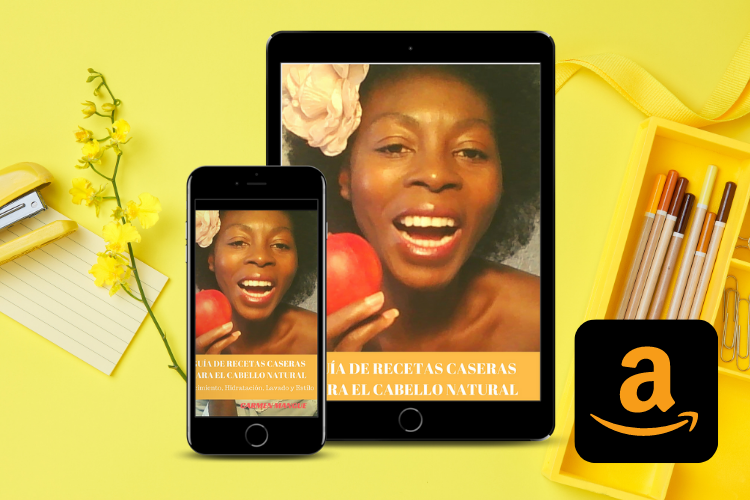